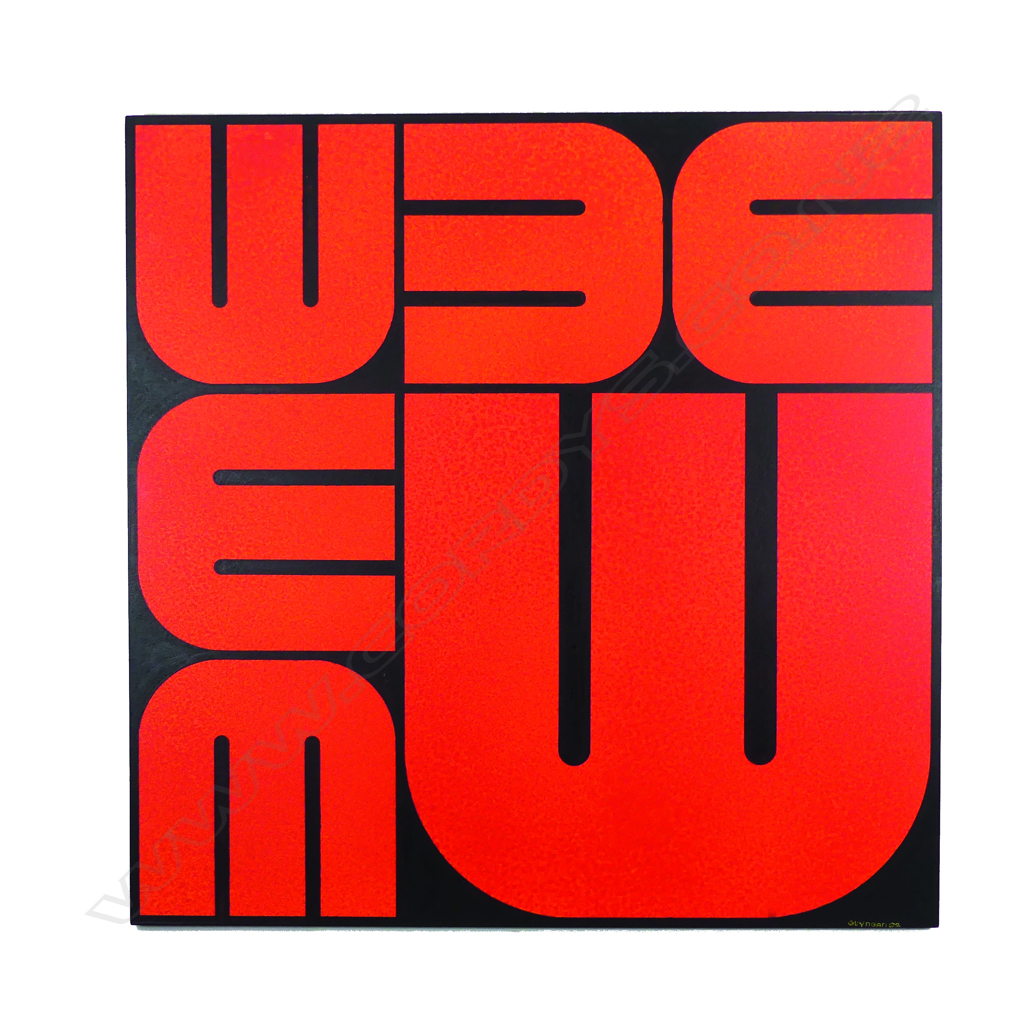 Guy Ngan, 'Tiki Hands', acrylic on board, signed and dated '92. 900 x 900mm. Tiki Hands and Anchor Stones The inspiration for Tiki Hands and Anchor Stones comes from the discovery of new lands by the Polynesian people. Other seafarers have discovered land by design or by mistake. The Polynesians made the biggest discovery of all because the Pacific Ocean is enormous. For anything, there must be a beginning. Some time ago, I noticed that the same place names occurred in Japan and New Zealand – Otaki, for example. Also, the Japanese and Maori languages appeared to be similar. In Japanese, a river is called ‘kawa’; in Maori, it is ‘awa’. I thought there must be a connection. Say that about 10,000 years ago, at the end of the recent Ice Age, there was a tribe in Japan. Like all human beings, they were looking for something better. So, they took to their boats and headed south, searching for more food and a warmer climate. They might have found islands to settle, such as Okinawa and then Taiwan. Over the years, the people kept moving south, out into the Pacific. Some would get to Indonesia and Fiji, then east to the Marquesas. They would move from there to Tahiti and finally to Hawaii. How did the people know where to go? They had few instruments and no written language. My theory is this. When you live on an island, you see birds that come and go. When the birds take off and head out to sea, you wonder where they go. They must land somewhere. So, the tribe would sail out, looking for the land where the birds went. If you look at some seabirds, their webbed feet look as if they only have three ‘fingers’. Like early Maori carvings that only have three fingers, I have used these in the Tiki Hands paintings. It represents the birds the early Polynesian people might have followed when they set sail into the unknown ocean. When the people found land, they found anchorage. A place to settle down. Perhaps a better place than they had come from. The Anchor Stones represent settling down in a new land. I have much pleasure in showing some of my works that pay homage to the early Pacific people. Courageously, they discovered so many islands that we unhesitatingly call paradise. Guy Ngan March 2006