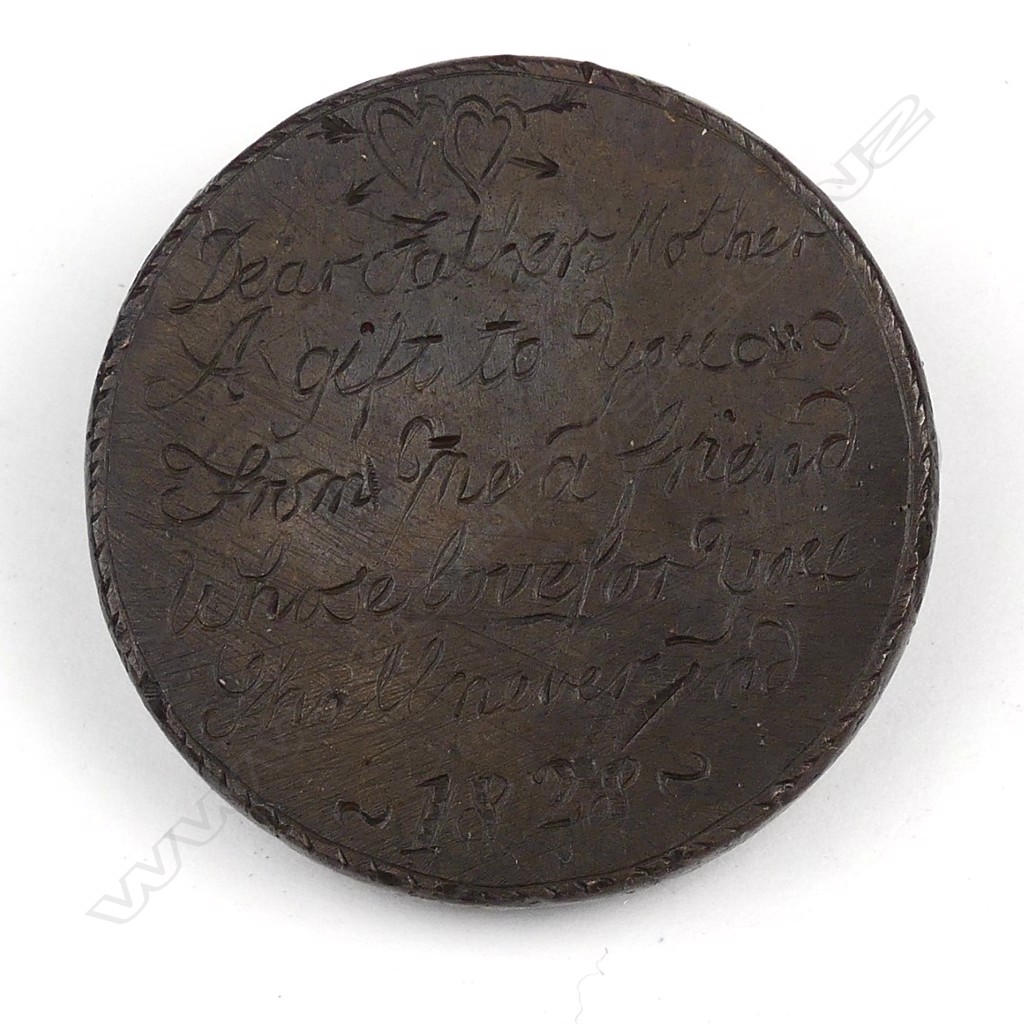 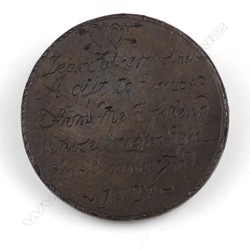 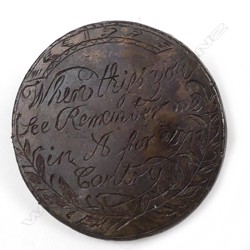 An uncommon 1828 hand-engraved 1797 ‘cartwheel’ penny, attributed to convicts who had been transported for a variety of crimes, many minor in nature. Often dubbed ‘leaden hearts’ they were produced as a keepsake for friends and relatives. Engraved ' Dear Father Mother A gift to you from me a friend Whose love Shall never End 1828 When this you see Remember me in a foreign Country'. The greatest period for transportation of convicts was from 1788-1868 when an estimated 165,000 individuals were transported, the majority to Australia after the 1776 Declaration of Independence closed America as a destination for convicts. There are recorded instances of individuals being transported for seven years just for the theft of a handkerchief.